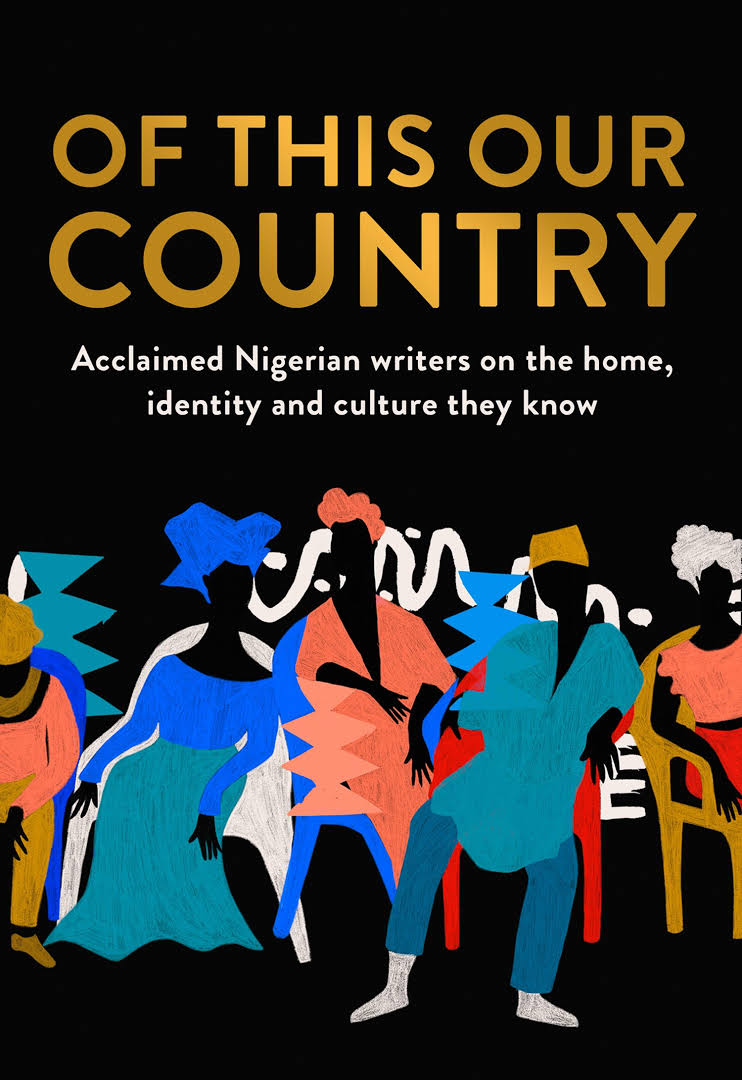 Today marks the release of The Borough Press anthology Of This Our Country, celebrating acclaimed Nigerian writers. One such writer, our very own Anietie Isong, spoke to us about Nigeria, the collection, and his (many!) other projects.

Nigeria is the 7th largest global population, and its population is set to take over the US’s by the year 2050. For such a large population, do you feel Nigerian voices are sufficiently represented in literature?

Nigeria overtaking the US? I hope the world is ready for this population explosion! That said, I believe our voices are well-represented in literature. The other day, I was reading a feature on Nigerian authors published in the UK and the US. I would like to point out that that there is an incredibly vibrant literary scene in Nigeria too. A couple of years ago, a BBC radio documentary, Writing a New Nigeria, featured 15 authors, all of whom were residing and writing in the country at the time. Many of the writers featured in that programme went on to win major international prizes. Speaking of awards, there are very few literary prizes that a Nigerian has never won. When Bernardine Evaristo was announced as joint winner of the 2019 Man Booker Prize for her novel, Girl, Woman, Other, she became the first black woman to win the prize, but many people might not know she was born in London to a Nigerian father. Interestingly, the longlist/shortlist of that year’s Booker Prize featured two other Nigerian writers – Chigozie Obioma and Oyinkan Braithwaite. Obioma is judging the prize this year. And let’s not forget that Nigerian Wole Soyinka became the first black African to win the Nobel Prize for Literature in 1986, a few years before fellow countryman Ben Okri won the Booker Prize. Not too long ago, my friend Sola Adenekan published African Literature in the Digital Age: Class and Sexual Politics in New Writing from Nigeria and Kenya, a book that explores not just the literatures of these two countries, but also the transformative power of new technologies. As Sola states in his book, Nigeria and Kenya, both significant countries in African literature, are two of the continent’s largest digital technology hubs. In many ways, digital technology has enhanced our literature – something I also explored in my PhD thesis. As an example, the Ake Festival, which takes place in October, will be hosted entirely online – and I am excited to be a guest this year.

In this, do you feel that the Of This Our Country collection is an indicator of how the tide is changing?

To be fair, foreign publishers have played a major role in the development of Nigerian literature. Take, for instance, the African Writers Series, developed by Heinemann to introduce many readers to books written by African authors. Of this our Country is a unique project, and I am excited to be part of it. The collection is a celebration of Nigerian identity. I like the way it’s being widely promoted in the UK, both online and offline. In editing the collection, Ore Agbaje-Williams and Nancy Adimora went the extra mile to ensure the book reflects the diversity of Nigeria. For instance, writers from many ethnic groups in the country are represented. Of This Our Country also features both old and new writers, established and budding authors, as well as essays by men and women. I give kudos to HarperCollins for funding this work.

Nigeria has a wealth of young writing talent, showcased in the collection. What is it about Nigerian writing to you that is so distinctive and exciting?

As stated in Of This Our Country, storytelling by Nigerians is not just a coincidence, “but part of a national and cultural inheritance”. I believe that Nigerian writers continue to break barriers, expressing themselves in previously unheard ways, and like I mentioned earlier, their works are increasingly receiving accolades across the world. It has been suggested that while older Nigerian writers – such as Chinua Achebe or Wole Soyinka – were always conscious of their roles as pan-Africanists, this is a lesser concern for new writers, and this works in their favour by allowing them to explore more diverse themes. I think, even though many new Nigerian writers are refreshing and innovative, they continue the tradition of writing about social justice, although their political positions might be subtler.

In addition, Nigeria has – broadly – a young and connected population. Where do you think books and literature fit in this landscape, as much as they do?

Indeed, young Nigerian writers – including scriptwriters and songwriters – are taking the country by storm. It’s great to see young writers producing works that matter to them. Works that are equally consumed by a young population. But we should note that not all of these young Nigerian writers reside in Nigeria; many are scattered across the world. They are part of a transformative global relocation, and their immigrations are often triggered by events at home. The internet has made it possible for these writers to maintain close, ongoing ties with their homeland in an unprecedented way.

This is my first published essay, and it was a delight to write, although at first, I was unsure of the subject to tackle. When it became clear that I wanted to reflect on the funeral process in my hometown, I took some time to think about the direction of my piece. What aspects of my culture did I want to portray? How much detail did I need to provide? Would I offend my extended family by revealing conversations that had been made in private? After finding answers to these questions, it became easy for me to write ‘Rites of Passage’.

Radio Sunrise, published in the UK by Jacaranda, has recently been published in Nigeria through Narrative Landscape Press. How do the experiences compare?

Perhaps I should say a few words about my journey to publication – which wasn’t entirely a smooth one! I started writing Radio Sunrise after I was offered a book deal by an independent press that had previously published my short story. Unfortunately, things didn’t quite go as planned, so I put the novel away to focus on my career in corporate writing. I revisited the manuscript in 2016, and Jacaranda offered to publish it the following year. I am excited that Radio Sunrise is now published in Nigeria, and I would like to thank Dr. Eghosa Imasuen for making this possible. I am currently working on adapting the novel into a film, and will share the details of this shortly!

Of This Our Country is available now. Anietie Isong’s award-winning novel Radio Sunrise is published by Jacaranda in the UK and Narrative Landscape Press in Nigeria. Jacaranda will also publish Anietie Isong’s next novel – look out for details soon! Anietie will be speaking as part of the Ake Festival on October 28th. For more details visit: https://akefestival.org.