Enemy in the Blanket (1958) Beds in the East (1959) In the closing years of
British rule in Malaysia, Victor Crabbe’s tumultuous life as history teacher in
an elite local school involves hilarious marital and political strife.

The Right to an Answer (1960) This dark satirical novel was the first that
Burgess had published after his return to the United Kingdom. It explores the
themes of empire, homecoming, and intergration.

The Doctor is Sick (1960) Dr. Edwin Spindrift is sent home from Burma to
England with a curious malady of the mind.

The Worm and the Ring (1960) Set in an English grammar school, this is
Burgess’s startling adaptation of Wagner’s Ring Cycle.

Devil of a State (1961) In the fictional East African state of Dunia, father and
son disagree about fate of a buried mosaic, resulting in international attention. 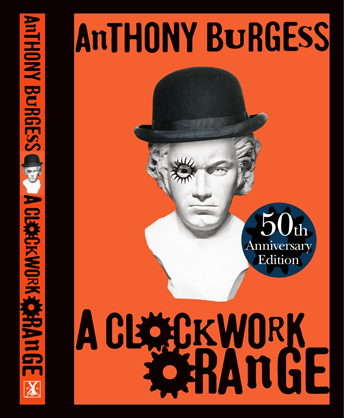 One Hand Clapping (1961) Howard Shirley’s photographic memory gets him in
trouble with his marriage, a television quiz show, and horse racing.

A Clockwork Orange (1962) The dystopian classic follows the life of Alex and
his gang of droogs on their quest for ultra-violence.

The Wanting Seed (1962) A futuristic dystopian novel addressing effects of overpopulation on a history teacher and his wife. 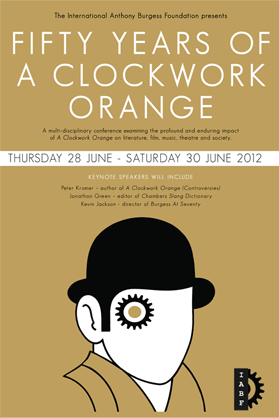 Honey for the Bears (1963) Left on his own in Leningrad with a sick wife, Paul tries to sell a dress of hers on the black market, bumping into secret agents and sexual proposals he cannot refuse.

Clockwork Testament, or Enderby’s End (1974); Enderby’s Dark Lady, or No End of Enderby (1984) These novels follow career of professional poet Francis
Xavier Enderby, who composes his poetry on the toilet and is subverted by
love, he is thrown out of university where he teaches after achieving fame and
fortune; a much loved creation, after popular demand, he returned to life in a
pastiche devoted to theme of dead poets and their loves. 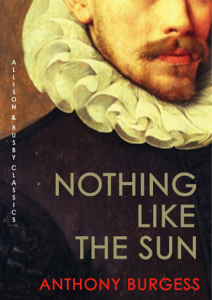 A Vision of Battlements (1965) wartime Gibraltar is recalled in a middle aged
man’s travails.

Tremor of Intent: An Eschatological Spy Novel (1966) MI6 Agent Hillier travels to the Soviet, infiltrating a group of scientists hoping to get old schoolfriend Roper, who has defected, out.

M/F (1971) Thrown out of university, Miles Faber embarks on a pilgrimage across the Caribbean, encountering his grotesque double and dynastic destiny.

Napoleon Symphony: A Novel in Four Movements (1974) A fictional biography of Napoleon Bonaparte, epically structured like a piece of orchestral music, his life is dominated by overwhelming women.

Beard’s Roman Women (1976) Ronald Beard confronts Hollywood, writing about the Romantic poets who appear in clashes between his bosses and what the movies want. Shelley and Keats appear.

Abba Abba (1977) A romantic novel about the final months of the life of John Keats in Rome, including Burgess poetry as written by the poet Giuseppe Gioacchino Belli.

1985 (1978) A tribute to George Orwell’s 1984, containing essays and interviews; the second a futuristic novella about a Britain, controlled by trade unions and wealthy Arabs.

Man of Nazareth (based on his owb screenplay for Jesus of Nazareth) (1979) A novel telling the story of Jesus from his birth to his death.

Earthly Powers (1980) On his eighty-first birthday, Kenneth Toomey looks back recounting ups and downs in his love life and events of the twentieth-century in this monumental novel. 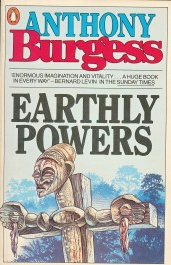 The End of the World News: An Entertainment (1982) a musical in which LeonTrotsky travels to New York City before the 1917 Russian Revolution; then anevent in the life of Sigmund Freud; and a futuristic story of a group’s escape from Earth before collision of an alien planet.

The Kingdom of the Wicked (1985) A grand epical account of the birth of
Christianity featuring Herod, Pilate, Mary Magdalene, and other Biblical
figures told in Burgess’s down-to-earth way.

The Pianoplayers (1986) The career of an ambitious prostitute, daughter of a movie piano player meets with success.

Any Old Iron (1988) A Welsh-Jewish family in the early twentieth century
experiences the story of the Holy Grail, finding the sword. The story ends with
the creation of Israel.

fights with his wife and colleagues, but manages to write.

A Dead Man in Deptford (1993) Christopher Marlowe’s curtailed life as a vulnerable spy in midst of competitive world of Elizabethan theatre.

The Devil’s Mode and Other Stories (1989) (collection)

Little Wilson and Big God, Being the First Part of the Confessions of Anthony Burgess (1986)

You’ve Had Your Time, Being the Second Part of the Confessions of Anthony Burgess (1990) 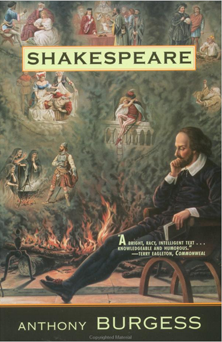 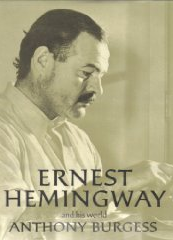 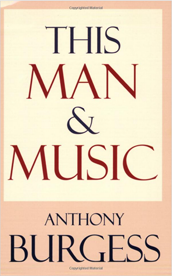 On Mozart: A Paean for Wolfgang, Being a Celestial Colloquy, an Opera Libretto, a Film Script, a Schizophrenic Dialogue, a Bewildered Rumination, a Stendhalian Transcription, and a Heartfelt Homage upon the Bicentenary of the Death of Wolfgang Amadeus Mozart (1991)

Here Comes Everybody: An Introduction to James Joyce for the Ordinary Reader (1965), also published as Re Joyce

Joysprick: An Introduction to the Language of James Joyce (1973)

The Novel Now: A Student’s Guide to Contemporary Fiction (1967)

‘What is Pornography?’ (essay) in Perspectives on Pornography, ed. Douglas A.Hughes (1970)

Alexandr Griboyedov’s Chatsky, or the Importance of Being Stupid (four-act verse comedy) (1993)